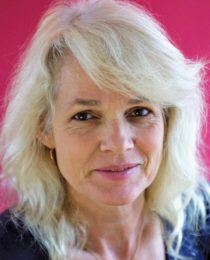 Hannah Nydahl (1946-2007) together with her husband Ole became the first Western students of H.H. the 16th Karmapa in December 1969. For over 30 years, she interpreted for the highest Karma Kagyü teachers, including the 16th Karmapa, Lopon Tsechu Rinpoche and Kalu Rinpoche, and translated many Tibetan Buddhist texts on teachings, practice, and philosophy.