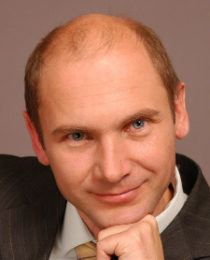 Tolek Sokolov was born in Petersburg, Russia, and met Diamond Way Buddhism in 1989. For fourteen years he organized Lama Ole Nydahl’s tours though Russia. He helped organize the Russian Buddhist magazine and was actively involved in building the stupa in Elista in 1998-99. He has travelled as a Buddhist teacher throughout Russia, the Ukraine, Scandinavia, Baltic countries and Poland. His professional life is dedicated to the practice of Feng Shui.