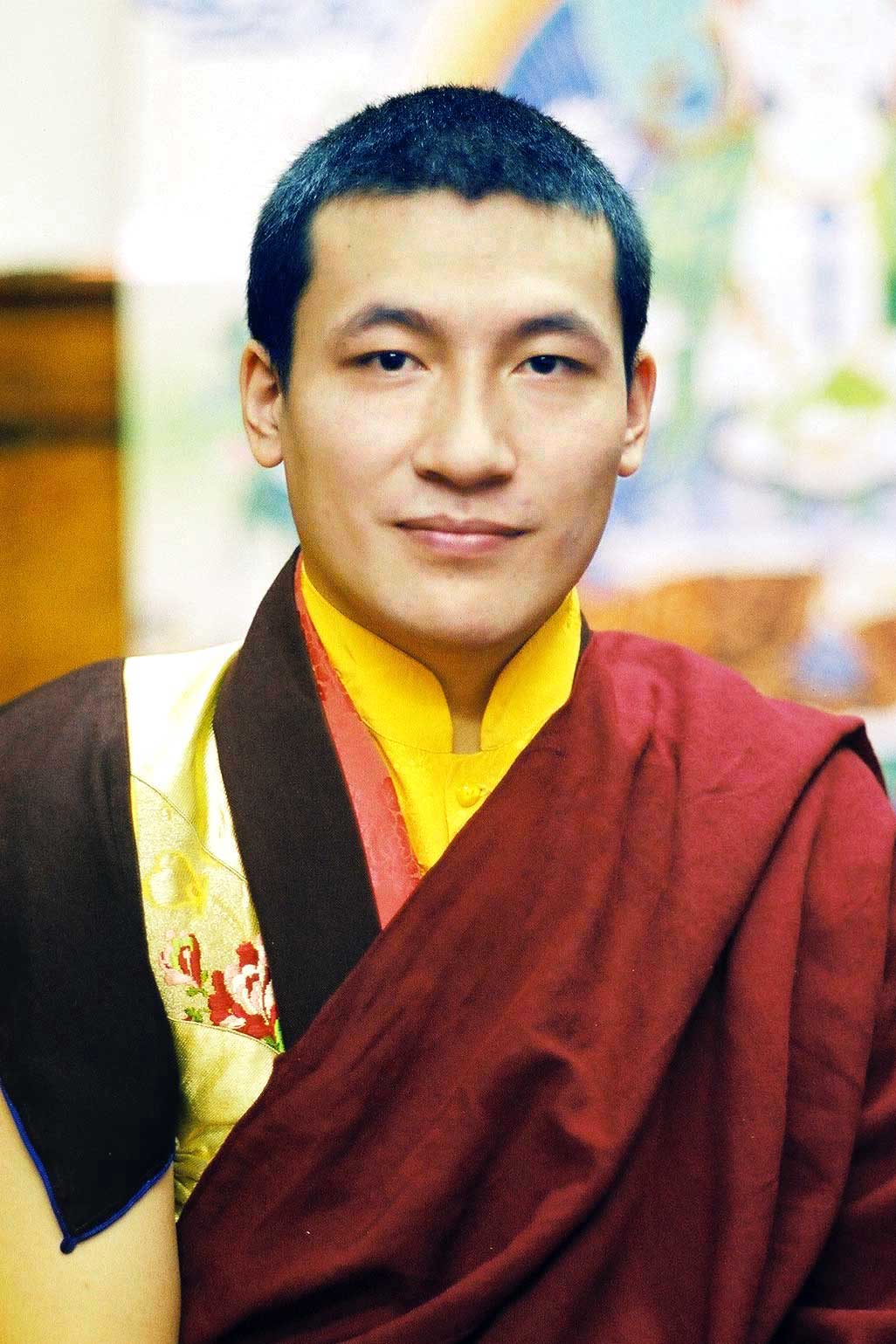 H.H. the 17th Gyalwa Karmapa, Trinley Thaye Dorje was born in Tibet in 1983. He was the first son of the 3rd Mipam Rinpoche, a great Nyingma Lama, and Dechen Wangmo, the daughter of a noble family descending from King Gesar of Ling. At the age of one and a half the boy started telling people that he was the Karmapa. In March 1994, he and his family managed to escape from Tibet to Nepal and then to India. He arrived in New Delhi, where during a welcoming ceremony H.H. Shamar Rinpoche formally recognized him as the 17th Gyalwa Karmapa. He was given the name of Trinley (meaning Buddha activity) Thaye (limitless) Dorje (unchanging).

In 1997, H.H. the 17th Karmapa Trinley Thaye Dorje was officially invited to Bhutan for the cremation ceremony of Topga Rinpoche where he was received with full honors. A three-hour drive from the Bhutanese border to the capital Thimpu took seven hours as thousands of well-wishers greeted him along the road. On October 17th 1997, three thousand people came for his blessing and the whole royal family including the king and four queens received him as the 17th Karmapa. In October 1999, the 17th Gyalwa Karmapa embarked on his first international teaching tour and gave initiations to several thousand people in Singapore and Taiwan. The beginning of the new millennium was marked by his first historic visit to the West. In Dusseldorf, Germany, Karmapa was enthusiastically received by 6,000 students from Diamond Way Buddhist centers from over 30 countries. In the summer of 2003 H.H. the 17th Karmapa conducted his first official program in the United States, giving a series of empowerments and teachings. On July 19th and 20th, 2003 he gave the Karma Pakshi and Medicine Buddha empowerments in San Francisco, California. The event was hosted by the Diamond Way Buddhist Centers, USA.

In December 2003, after completing his formal education, the 17th Karmapa was declared “Great Tantric Master” (skt. Vajracharya). The 17th Karmapa Thaye Dorje currently resides in Kalimpong, India, where he continues his spiritual training and Western education.